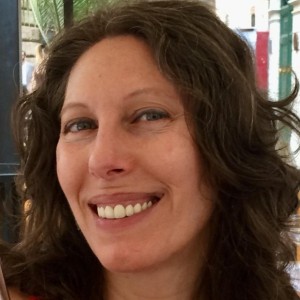 When I say I am an astrologer, one of the first things people ask me is “What does astrology say happened to 2020 because things are crazy right now?” Ok maybe they don’t use those exact words, but usually something similar. And boy do we have some big whopping planetary alignments fueling some very difficult energy the vast majority of the Astrology of 2020. This post is a long one in order to cover the year.

Do you remember where you were the first time you heard of Covid 19?  I do, and I can say it didn’t sink in how much that virus was going to impact my life. At first the virus was this thing far far away that was a news item to be aware of, but I didn’t think it would affect me here in Italy. We had a few weeks of watching it on the news before Italy became a favored media topic. Boy was I in for a rude awakening! That was January 14, way before we found ourselves in a quarantine lockdown.

Saturn conjunct Pluto: 2020 starts out with a bang, of doors slamming shut!

Mid January 2020 these two power players met in the same degree of Capricorn. Let’s break it down, Saturn is the planet of restrictions, limitations, structure, and authority. It likes to build things consistently and slowly. On the bright side, Saturn is the ruler of Capricorn and is very happy there. He can do good work, but he does demand you work, and you work hard. Slackers will be punished (use the Darth Vader voice).

Pluto represents the force that comes through and clears the path. Some like to call it the planet of transformation, but I caution you, the transformation is more of a result after the fact. Because after a force has cleared away things from your life, you now have space to put something new, or transformed. But let’s not invalidate the very difficult experiences that can come with Pluto like death, loss, destruction, violence, criminality, or cruelty. Pluto is Power. You can be controlled or you can be empowered.

Saturn and Pluto together represent limits of power, hardship and difficulties. The archetypal wise old sage Saturn and the powerful Pluto shaman, or the dark side bitter cranky old scrooge Saturn and the power hungry Pluto. You only have to look at the world stage to see these energies playing out before our eyes, making history.

In Astrology, your experience of planetary influence depends on your personal chart.

Where Capricorn is located by house is the area of your life this energy is manifesting. Your chart reveals unique aspects (relationships) between planets, and can help in these times by showing helpful parts of your chart that can support you. If you have planets in Capricorn, Libra, Cancer, or Aries, you will feel this Saturn/Pluto energy more intensely, especially if you have planets in or around degrees in the mid 20s.

When the current civil rights movement arose after the sad and violent death of George Floyd, there was no denying that the Astrology of 2020 is a pivotal year for the world, the health field, and civil rights history. Whether it’s working from home, finding a new job, wearing a mask, social distancing, or participating in creating true equality through your choices, words, and actions, we are going through new doors. The landscape of life has changed in much of the world.

You can try to hold on to how it used to be, even surround yourself with others who share your same views, but inevitably you will find something big has shifted in the Astrology of 2020 leaving open that vacuum for transformation. We can look to the planets, to astrology for answers, and those celestial bodies will reflect back to us what’s happening. What they do not do is decide how you are going to respond to the new usual of life. We can’t change what’s happening outside of our control, but we can choose how we will respond.

Late March and early April Jupiter shares the same degrees as Pluto in Capricorn. Remember that Saturn is the ruler of Capricorn, and though he has already moved ahead, he still has some say in this combination as the sign ruler. Jupiter is about meaning in life, belief, hope, morals, expansion, justice and abundance. Jupiter is usually a planet we want around, it helps things grow, like money. But sometimes there are things we don’t want to grow, like debt, a tumor, or a pandemic.

Pluto and Jupiter together are a mix of power and growth. There can be a misuse of power, and/or deep transformation. It can represent people of strong conviction and power of persuasion.

Yes the Astrology of 2020 has been weird, defiant, scary, violent, divisive, and viral (literally). We have been limited by the powerful force of a microscopic virus, and those who have been limited by skin color have seen a great force rise in support of racial equality. 2020 is not done with us yet, there is still more harsh weather to come. Hardships will happen to some, serious difficulty or death will happen to others, while another group will use their power to try and limit and control others.

Like all things difficult that you have experienced before, the one consistent in life is that things eventually change. This energy will pass, and we will have a lighter year in 2021 to pick up the pieces and transform. In the meantime, if you are suffering, reach out for help. Whether it’s family, friends, professional services, a community or support group. It’s important to reach out for support when struggling.

Let’s look at the rest of the year:

Mercury retrogrades happen three times a year. I write about it in separate posts. Click here for the June and July 2020 retrograde.

Mars is action, assertion, aggression. He cuts and breaks ties, he is the warrior. I’m sure you noticed that the USA presidential election falls during this time. Mars can be the hero, and he can be violent and destructive. He is in his own sign, so he is very comfortable and strong.

It can manifest as a victorious warrior or a fanatic destroyer. Excessive is a good word for this mix, and that is not a word we want to hear during a pandemic and civil unrest. I do hope that an excessive number of voters turn out for the election though.

The warrior and his sage teacher. Imagine how successful Mars the warrior can be with disciplined and strict Saturn. Will we have a karate kid? Or a wicked and cruel warrior led by a bitter and cold master like Darth Vader and the Emperor in Star Wars.

A tremendous power that can turn violent or virulent. There is super strength here, like an invincible power. There can be enormous energy for big change, intense change, and power struggles. An intense drive to win, all or nothing.

This year is not for the faint of heart.  Charts are unique in that some places in your chart are really external, when things happen there it’s likely out in the world, in places like your career, home, or relationships. While others have these planetary combinations in places in their chart that are more internal, like their area for learning, spirituality, or creativity. While these energies play out on the world stage, they are happening somewhere in your chart. This may be a good time to have an astrology reading to find out where they are in your unique chart.

I wish you health and happiness, Lori

Get your Monthly Updates here